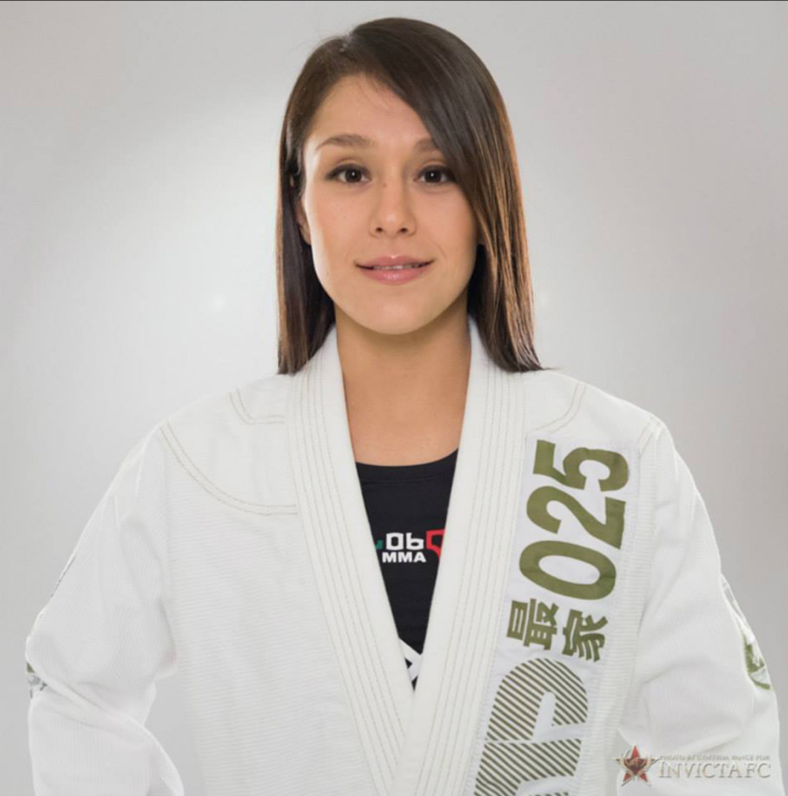 The UFC women’s Strawweight division is ruled by one dominant force, ‘Joanna Champion,’ aka Joanna Jędrzejczyk. Her speed, tenacity, technique & striking diversity have put her light years ahead of the competition. Even when a fight is close she seems to rise to the occasion, pulling away and hitting a different gear than her opponents are capable of.

On the horizon, however, there is a developing stable of seriously talented women that have an eye on Joanna’s championship.  One of the standouts in this upcoming crop of fighters is young Mexican star, Alexa Grasso.

With an undefeated record, dominant victories inside the cage, and a unique kickboxing style, Grasso has been shredding the competition on her march towards a UFC title-shot.

Her debut fight in the octagon against Heather Jo Clark was a display of absolute superiority in every aspect of mixed martial arts. The contest showcased Grasso’s mastery of the basics:

In the previous fight against Clark, Grasso out struck and out worked her opponent the entire three-round contest. Several times she had Clark hurt, backed up against the cage, nearly ready to go out and impressively, Grasso displayed the knowledge and experience — the “Fight IQ” to choose her shots wisely and be patient. Instead of rushing in, she remained calm and collected.

The 23-year-old Grasso represents the cutting edge in a sport that is continuously evolving. Rather than being specialist in one discipline, fighters now seamlessly blend multiple forms of unarmed combat to utilize the most effective techniques from each art:

This young lady, while the comparison is vastly overused, fights with shades of Mike Tyson. Her bobbing and weaving style, incredible punching power, diverse array of attacks, beautiful footwork and perfection of the basics has propelled her to a 9-0 record with 4 knockouts — an impressive feat for a strawweight.

The next challenge facing Grasso is the upcoming bout with the super-experienced kickboxing mountain of muscle and power, Felice Herrig, on February 4 at UFC Fight Night Houston.

Herrig, who has competed in 17 professional MMA bouts, will Grasso’s stiffest competition to date. If Grasso can beat Herrig and make a statement in doing so — by finishing her before the final bell or even dominating on points — she will undoubtedly be ranked among the top 10 female strawweights in the world.

Kirsch’s Take:  Alexa Grasso is one of, if not the, brightest young talents in the UFC and she will undoubtedly become a champion someday. If she continues to use her genetic gifts and improve, she could ignite into the star, the role model to young girls especially, that the UFC so desperately needs after the loss of Ronda Rousey.