On Tuesday, March 28th, 2017 Bellator MMA invades the Big Apple for the official Bellator NYC: Sonnen vs. Silva press conference at Madison Square Garden and you can watch the entire live stream broadcast on MMANewsline.com below.

Saturday, June 24th, 2017 Madison Square Garden will host Bellator NYC: Sonnen vs. Silva Pay-Per-View event. Long-standing rivals Chael Sonnen and Wanderlei Silva will face off in the Main Event to settle a heated rivalry many years in the making.

“As a fight promoter, my goal is to put together the biggest cards possible for our fans around the world,” Bellator President Scott Coker said. “Bringing an event of this magnitude to a city and arena like New York and Madison Square Garden has been something Bellator, Spike and Viacom have wanted to make happen for quite some time. On June 24, the goal becomes reality, when we put on the biggest event in promotional history, Bellator NYC.”

Bellator NYC: Sonnen vs. Silva takes place Saturday, June 24 and airs LIVE on pay-per-view beginning at 10 p.m. ET/7 p.m. PT. Prior to the pay-per-view event, SPIKE will air Bellator 180 LIVE and FREE on both coasts, beginning at 8 p.m. ET/5 p.m. PT. Additionally, Bellator 180 prelims will air exclusively on Bellator.com and the Bellator Mobile App at 6 p.m. ET/ 3 p.m. PT. Additional contests will be announced in the coming days.

Tickets for the event starting at $60, not including applicable service charges and taxes, go on sale Friday, March 31 at Ticketmaster, TheGarden.com and Bellator.com. Fans can sign up for Bellator Nation here to participate in a presale that will take place Wednesday, March 29-Thursday, March 30.

The press conference is scheduled to begin at 1:00 PM ET from the Chase Square at Madison Square Garden in New York, NY. Attendees include: 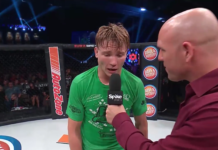 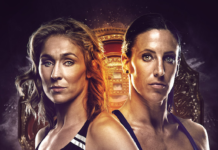 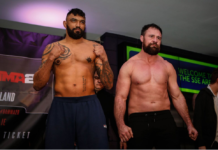 Bellator Announces Paul Daley vs Rory MacDonald for Bellator 179 in...