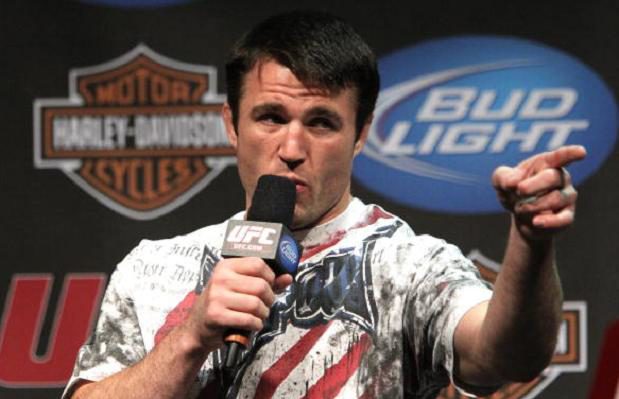 Chael Sonnen has combined fact and fiction to lure both hardcore and casual fans of mixed martial arts into viewing his Bellator 170 fight against Tito Ortiz — and his strategy will work.

For over a decade now, Sonnen has made a living cutting pre-fight promos and stringing together a few relevant victories at a time in order to demand credibility, title shots, big money fights, and even career opportunities outside of mixed martial arts.

Some may hate his antics, but they’re not ‘bad,’ in fact, they have and will continue to make the sport of mixed martial arts thrive.

Sure, Sonnen may have said some questionable things:

…been convicted of money laundering, as Sherdog reported back in 2011:

UFC middleweight Chael Sonnen has pleaded guilty in federal court to one count of money laundering stemming from his work as a real estate agent in 2006.

Sonnen, 33, entered the plea Monday before the U.S. District Court in Portland, Ore., according to the U.S. Department of Justice. Sentencing is scheduled for March 28 at 11:30 a.m. The government will recommend that Sonnen be sentenced to two years of probation, according to The Oregonian. The maximum sentence for money laundering is 20 years in prison and a fine of $500,000.

Sonnen “admitted that a financial transaction he conducted was designed to conceal or disguise the ownership and control of the proceeds of wire fraud,” according to a Department of Justice statement.

…and it is also true that Chael ‘The American Gangster’ Sonnen was served a 2-year anti-doping ban in 2014:

But, Chael Sonnen is also the true embodiment of mixed martial arts — he keeps getting up and swinging back.

Chael Sonnen used dominant wrestling, a sharp tongue, and backhanded compliments to become a household name, in doing so he also laid out the blueprint for future superstars to succeed.

If you were to say Chael Sonnen were an artist, his canvas would be the interview:

Chael Sonnen even claimed that he held ‘every record there was’ when he left the Ultimate Fighting Championship, as he told ESPN:

The self-proclaimed “People’s Champ” memorably talked his way into three title bouts in his UFC career, including two match-ups with then-UFC Middleweight Champion Anderson ‘The Spider’ Silva, and a fight Jon ‘Bones’ Jones at light heavyweight. Sonnen didn’t capture the title at UFC 117, UFC 148, or UFC 159 — but he cemented his legacy as one of the biggest draws in the sport of MMA.

Chael Sonnen will return to action at Bellator 170 on January 21, as he faces Tito Ortiz in the light heavyweight division. The American Gangster’s comeback fight will also be Ortiz’s last.

Watch the emotional Bellator 170: In Focus, Chael Sonnen promo below: