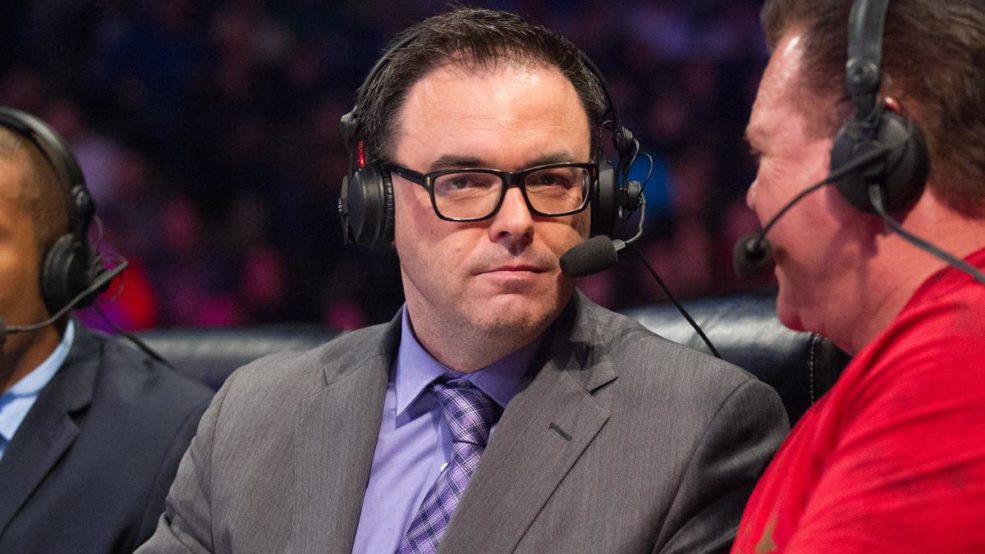 Mauro Ranallo currently works as an announcer for WWE on the SmackDown brand and previously served as the voice of Strikeforce, Glory Kickboxing, Stampede Wrestling, but perhaps Ranallo’s wildest days were when he served as the Pride Fighting Championships play-by-play man alongside the legendary Bas Rutten in Japan.

Back in the 2000’s, Rutten urged Ranallo to try Percoset (x3) for the first time during his first stint in PRIDE — little did Ranallo know, he would soon be challenging former Shooto Light Heavyweight Champion Enson Inoue to a fight!

Fortunately for Mauro, he made it out of the encounter will just a broken nose and a busted pair of glasses, but as Enson Inoue responded Instagram, saying he remembers things a little bit differently:

Good memories!
However,Mauro was so high on pain killers that he doesn’t seem to remember it right.
This is how it went.
When I got into the room Bas, Mauro, Kevin Randelman, and Mark Colman were in the room. I was standing holding my drink when Mauro came up to me and said, I think I can take you. I thought he was joking until he began shadow boxing towards me getting closer and closer.
I watched him get closer until one of his sloppy jabs hit my drink and spilled it. I looked and Mauro as he continued jabbing at me and must have looked a little upset because Keven began saying, “Oh no, this isn’t good, oh no!” Bas on the other hand started getting excited in anticipation of something happening and began screaming, “Oh yeah! Oh yeah!” I looked over to at Mauro and said, “Now lick it up like a dog.” He took it in stride, plopped on the ground, and began barking like a dog as he crawled over to where my drink spilled. As he was licking the ground I felt he was mocking me so I walked over to him and stomped on the back of his head.
There was a nice pop as his face smashed into the ground and when he got up, his glasses were cracked and blood was flowing out of his nose.
Now every time I see Mauro he always covers his nose and jokingly cowers away from me.
Ha! The memories!
@joerogan @basrutten @pride @mauro