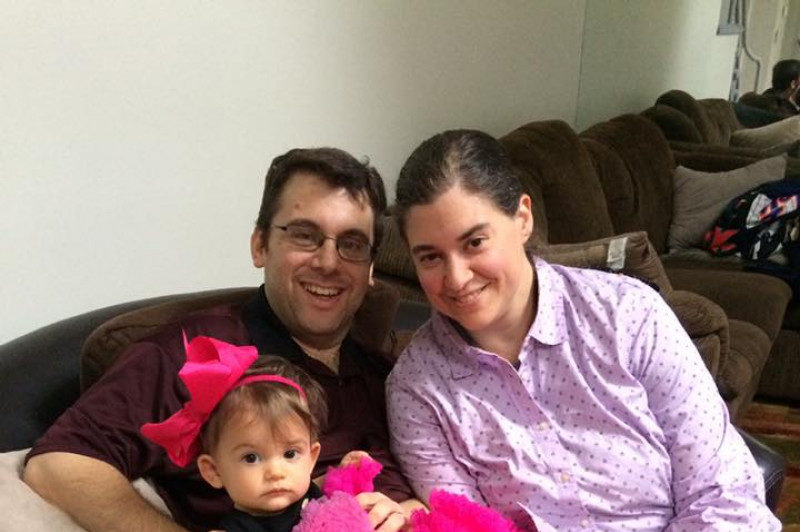 You’ve probably never heard of Adam ‘Snacks’ Geller, but he made it his duty to entertain everyone working behind the scenes at basketball games, pro wrestling events, and UFC events for a large part of his life.

Snacks went out of his way to make sure every event was unique and fun. He lived his live as if it were kayfabe. Geller would also perform his duty as producer with as much style as possible, as most of time he would dance and strut his way through his pre-show routines — sometimes in costume.

Snacks embraced the personalities of both his professional wrestling heroes and mixed martial arts legends — often going through the motions of physically walking through arenas to make sure everything was perfect prior to the live broadcast, all while imitating his favorite artists. Wrestling and kayfabe were such a huge part of his life that his wife even allowed the screaming pride announcer to be a part of his wedding day:

Snacks passed away last month at the age of 39 after a two-year battle with colon cancer,leaving behind a one-year-old daughter and his wife, Debra. Not many knew that Geller was sick, even some of his closest friends in the MMA business, but he would have wanted it that way — so every show could go on without a hitch.

My friend @SnacksGeller finally got on a UFC broadcast. Well done UFC/Fox/Concom. If you knew him, you know how much he’d love that.

Adam passed away [on Jan. ] after a two-year battle with colon cancer. Although cancer took his young life at just 39 years of age, it never took his spirit, and it never took his sense of humor. Adam was known for his jokes, and his wild antics while working for UFC, Showtime, and the Brooklyn Nets. His pranks were nothing short of Legendary.

I had the pleasure of spending a lot of time with him these past 3 years. I’ve never seen him unhappy. But the day I saw him the absolute happiest was on October 14th, 2015. It was the day his daughter Sydney was born. Adam was a wonderful husband and father. He touched so many lives, and gave everyone a lot of laughs along the way.

He leaves behind his wife Debra, and his 1 year old daughter.

Still can't quite come to terms with the fact that my friend Adam Geller passed away earlier this week. I never have and doubt I ever will meet anyone like him. I met him years ago but got to know him a lot better when we worked together backstage at UFC events. I've never met a man so proud to be married and so in love with his wife. He'd talk about her with such joy, it was amazing to see. He also would be ready to pull up the many MMA and wrestling-themed moments from his wedding on a dime, via his YouTube page. That's just an example of what made him special, but honestly unless you met Adam it's hard to truly explain why he was so unique. He would also travel to every UFC event he worked at with a separate large suitcase filled with costumes so he could put on a show at the weigh-in rehearsal. He adored doing this for everyone, and the picture above was one I took while watching him do his thing last year on the scale. He really put on a show that was often more entertaining than the actual weigh-ins. I'll never watch a UFC weigh-in again without thinking of him. Adam loved working in TV and had a knack for making things just a little funnier. I could go on and on about him. We always took the earliest flight home together so we could be with our families and I'll always remember when he told me, one early morning in the Vegas airport, that his wife was pregnant. He was so excited to be a dad, it was beautiful to see. There will never be another "Snacks." I hope he's holding court above with some of his favorite wrestlers and his beloved dad. And I hope he knows how many people loved him and enjoyed his company. If you're a combat sports fan, know that Adam was you x 100. He loved everything about wrestling and MMA and could talk about them forever. I'll miss seeing him at events and his random texts about fighting or my work. Bye for now, Adam. Thanks for always having my back and always reminding me just how special life is. I'll miss you greatly and will never forget you. A link to a gofundme page in his honor, for his wife and daughter, is in my bio.