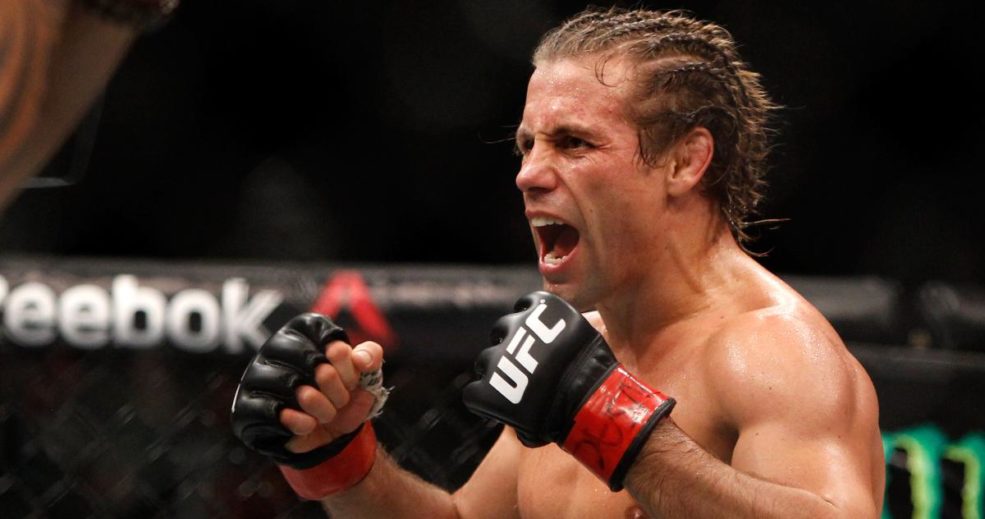 ‘The California Kid’ announced his retirement prior to his UFC on FOX 22 bout against Brad Pickett — which led to the Sacramento crowd going wild on December 17, as ‘California Love’ roared across the Golden 1 Center and Urijah Faber made his way to the octagon for the final time.

MMANewsline covered the scene last month in an article about Urijah Faber’s Career:

Audiences around the world knew that Tupac’s “California Love” signaled Faber’s high-energy walk to the cage and Saturday night’s Sacramento crowd came unglued for his entrance.

Mike Goldberg mentions that Faber is a potential Hall of Fame candidate during his walkout – quite an accomplishment for a fighter who went 10-6 inside the octagon without capturing gold.

As the first round of Faber’s last fight began, Brad Pickett quickly found himself in trouble, pinned under Faber in full-mount after being dropped, but Faber settled for a 10-8 round instead of a finish. The next two rounds were largely the same, and although Pickett connected in the third, dropping Faber. Each Judge scored the final 2 rounds a 10-9.

Still, Faber was granted a unanimous decision victory – with 30-26 scorecards across the board. His career concludes with a record of 34 wins and just 10 losses.

Gracious, even in his final post-fight interview, Faber decided to thank the crowd, his family, and all of his supporters.

“This life experience has been amazing. I honestly feel like I just got my PHD in life,” said Faber.

Faber gave a shout out to VanZant and wished her luck in her fight and reminded everyone that Team Alpha Male member Cody Garbrandt was soon set to battle Dominick Cruz for the bantamweight title – that same title Faber couldn’t win in his four tries.

Faber made sure to thank Dana White and the Fertitta brothers. The trio heavily promoted Faber since they purchased the WEC – mostly because he was one of the most marketable male fighters under 145 pounds until the emergence of Conor McGregor.

“I love doing this. There’s nothing like it in the world, but I am ready to move forward and do some big things,” said Faber, in his final victory speech.

“I feel like I’ve had such a great road, and thank you all for being a part of it.”