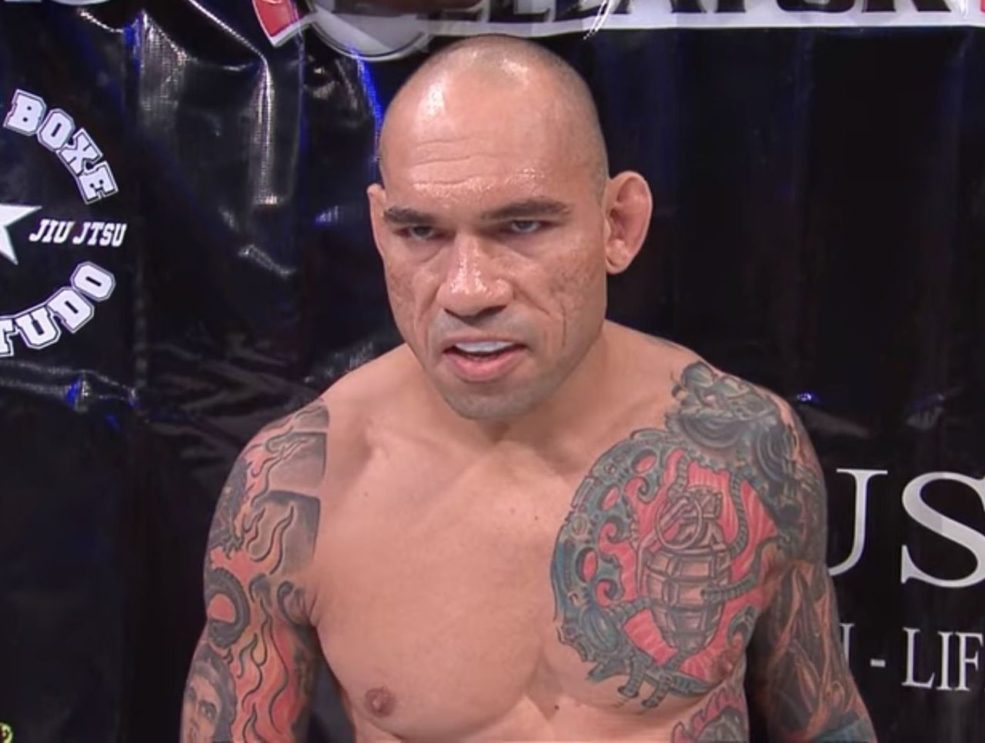 Cyborg’s final career fight came against MIchael ‘Venom’ Page (MVP) in a bout that took place at Bellator 158 last July. The two round fight came to a halt when MVP landed a devastating knee that shattered Santos’ skull. The Brazilian wasn’t knocked out, but it was clear that he was hurt badly, as he immediately dropped to the ground and covered his face.

Medical officials rushed to Santos’ aid, but there wasn’t much that could be done outside of reconstructive surgery.

“Michael Page hit ‘Cyborg Santos’ with a knee so hard that he fractured his skull. His skull caved in, and the f****n’ MRI’s are insane! I’ve never seen that, in all my years of watching fights and being involved in martial arts, I’ve never seen anybody’s head caved in like that,” said Joe Rogan about injury.

Evangelista Santos has been fighting for nearly two decades and has put together a record of 21 wins and 18 losses, even though he says that not all of his professional fights are listed on his record.

The height of Cyborg’s career arguably came in Strikeforce where Santos competed for the Strikeforce Welterweight Championship against Nick Diaz. Cyborg lost that fight in the second round via submission — but headlining the 2011 Strikeforce: Diaz vs. Cyborg event on Showtime was most exposure ‘Cyborg’ ever got until his skull fracture in 2016. Working with Coker also led to his Bellator employment a few years later.

Cyborg Santos will indeed be remembered as a man who didn’t pick his opponents, as no one in their right mind would choose to face Melvin Manhoef (twice), “Shogun” Rua, Nick Diaz, Gegard Mousasi, and Francis Carmont if they were looking for easy fights.

Even after undergoing surgery to repair his skull last year, Cyborg claimed that he wanted to be back fighting by December 2016.

“I recovered well and really fast. They were impressed, and they do think it’s possible for me to fight again. I won’t be the same way I was. I’m like a damaged car now, not a brand new car [laughs],” Santos told MMA fighting in August.

Now, the 39-year-old Cyborg appears to have re-evaluated that decision, as he spoke with MMA Fighting again this month regarding his future:

“I don’t want to risk getting an aftereffect for the rest of my life and don’t be able to pass on my knowledge, and give work to my family.”

Evangelista Santos also said that he wanted to thank Scott Coker and all of the people at Bellator — who always respected him and his work, the Chute Boxe Academy, and all of his coaches, friends, and family.

You can relive some of Cyborg’s career highlights by viewing the video below: