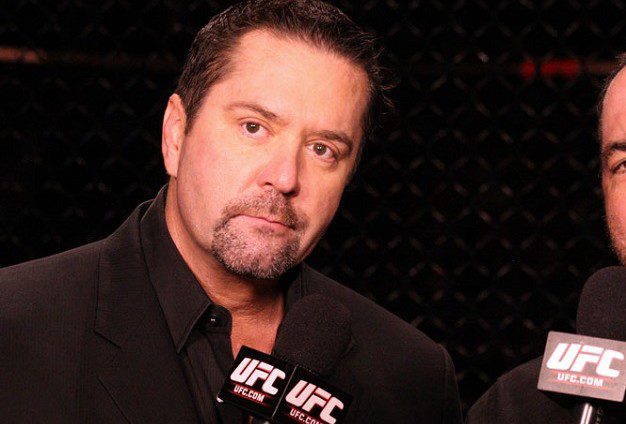 UFC play-by-play commentator Mike Goldberg wasn’t given a proper sendoff by the Ultimate Fighting Championship after calling his final show, but Goldberg still took the time to thank the fans, fighters, and media members who showed him support last week on Twitter.

‘Goldy’ even took a moment to defended one of most memorable blunders of his 20-year UFC announcing career that involved Anderson Silva.

What an incredible ride! I’ll forever be grateful for being on this journey with all of you for the last 19 years! pic.twitter.com/reg3APxk9X

Goldberg had been with the Ultimate Fighting Championship since 1997, and announced next to Joe Rogan for most of the Pay-Per-View events in company history.

Goldberg’s final words recorded inside the octagon were :

“Happy New Year Everyone, So long.”

Kim Goldberg, Mike’s wife, wasn’t pleased that her husband didn’t get acknowledged by the UFC after such a long tenure:

Sad that someone gives 20 years to the UFC & they can't even mention him leaving tonight. So disappointing & disrespectful. @MFG16 @ufc

Mike Goldberg’s son also took to twitter to announce his displeasure with how the UFC treated his father on his last assigned broadcast:

“my dad did so much for the UFC over the past 20 Years** and they can’t even give him a proper goodbye. what a joke @UFC”

How well do you think the UFC handled Mike Goldberg’s exit at UFC 207?